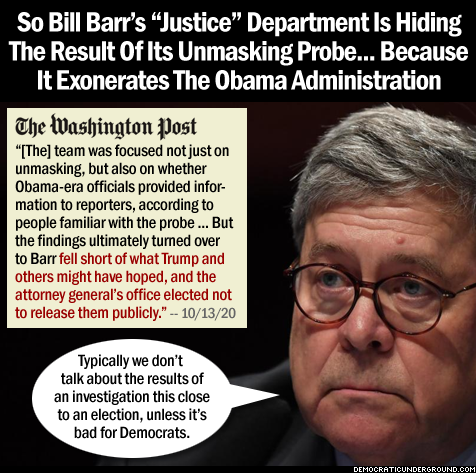 Meanwhile, Wm. Barr has dropped out of sight.  After Trump was tested positive for COVID-19, Barr announced he had tested negative, then, he dropped out out sight — almost two weeks ago.  Where is Barr?  Has he tested positive and is hospitalized?  Is he hiding out at his property in rural Virginia at 2048 Fleets Bay Rd, White Stone, Lancaster County, VA?