Here’s a new ad that twitter is going to try and kill in support of Trump. If you can see this please immediately retweet #DonsNextCon pic.twitter.com/PnXYSN1DlF

“Make no mistake about it. The reality of voter fraud is undeniable. We’ve seen case after case around the country where there have been prosecutions. … In my own state of Indiana in 2012, there was a Democrat super PAC that was involved in our elections, that literally, there was a group of people that were prosecuted for falsifying ballots. This happens, Martha.”

— Vice President Pence, remarks during an interview on “The Story With Martha MacCallum,” July 28, 2020

Everyone sometimes mixes up dates, and Pence did not get the year right. In 2012, the most noteworthy voter fraud case in Indiana involved a Republican — when former secretary of state Charlie White was convicted of six Class D felony charges, including voter fraud, perjury and theft. “Prosecutors said he voted and took pay as a Fishers Town Council member of a district in which he no longer lived,” the Indianapolis Star reported. 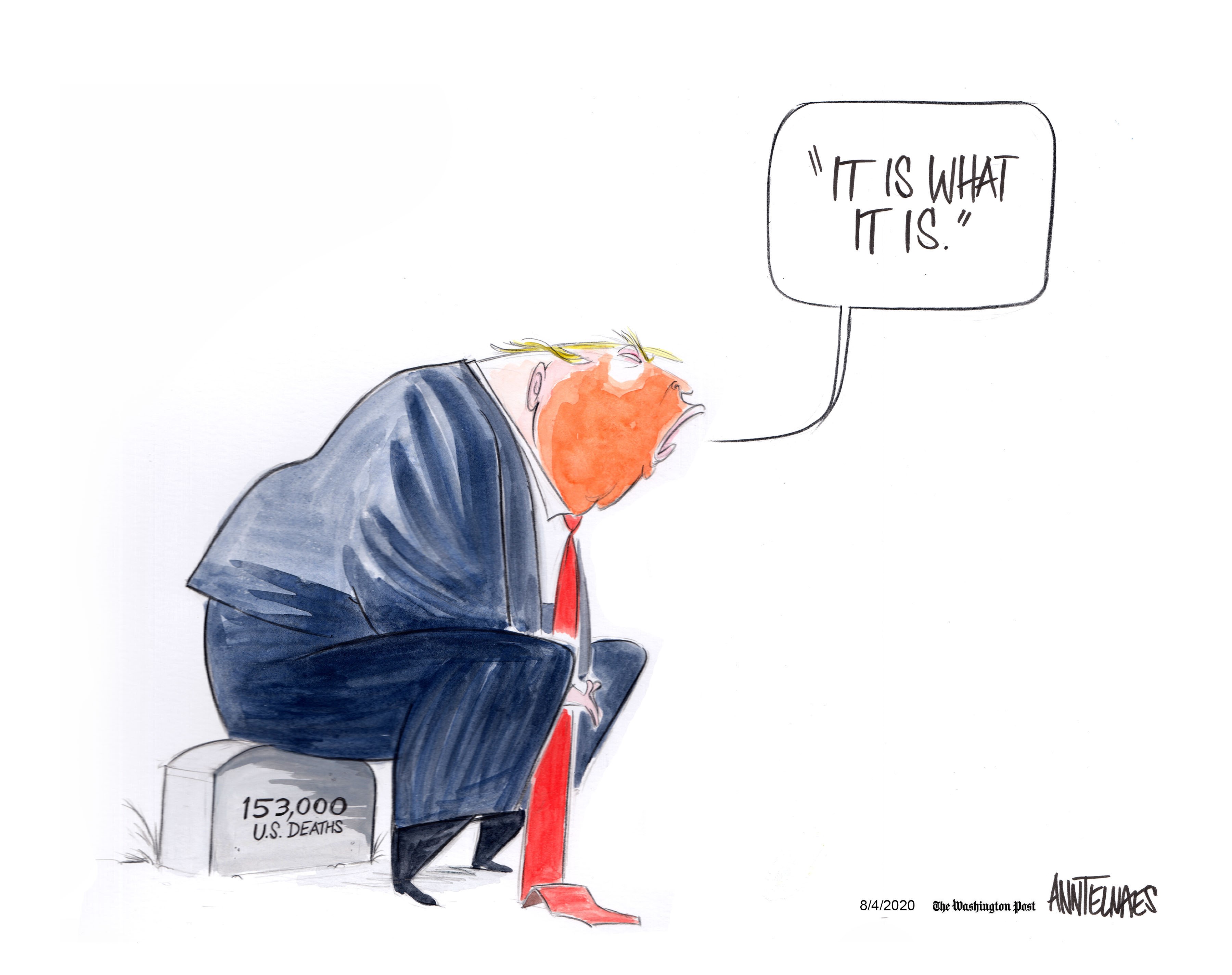 The Biggest Trump Financial Mystery? Where He Came Up With the Cash for His Scottish Resorts.
Donald Trump dumped $400 million into his clubs in Aberdeen and Turnberry. Now, lawmakers in Edinburgh want to investigate him for money laundering.

The self-proclaimed “king of debt” typically takes out large loans to finance the ventures he does bankroll. In this case, Trump’s company proceeded with the development on its own. And it says it paid for everything in cash.

Such was also the case for Turnberry, the historic golf resort, an hour south of Glasgow, that Trump purchased in 2014 for $60 million. His large expenditures in Scotland were notable because they came during a rocky financial stretch for Trump. The year before purchasing the Aberdeenshire estate, he was ousted as CEO of his thrice-bankrupted casino business; in 2008, he defaulted on a large Deutsche Bank loan tied to a development in Chicago.

Like other Trump wagers, his Scottish gamble has so far not worked out. Both resorts are bleeding millions annually. Meanwhile, he and his company have spent years viciously skirmishing with various locals and government agencies that resisted Trump’s plans to build luxury housing on the fringes of the resorts, which the Trump Organization seems to view as vital to profitability.

If business was lackluster before, it’s dismal now that the coronavirus pandemic has all but halted the Scottish golf season, at least as far as international travelers are concerned. To make matters worse, as Trump’s hospitality empire grapples with the fallout of COVID-19, it also faces a series of maturing debts, loans amounting to nearly a half-billion dollars, which need to be paid down or refinanced over the next four years.

Recently, a new—and perhaps bigger—threat to Trump has emerged in Scotland. Scottish lawmakers are pushing to peer into Trump’s finances using an anti-money-­laundering statute typically employed against kleptocrats, oligarchs, and crime kingpins. Their question: Where did the hundreds of millions Trump poured into his Scottish courses actually come from?

Lower left:  Demonstrators who stormed the state capitol in Michigan to protest requirement to wear masks to prevent spreading COVID.

Lower right:  Peaceful group of mothers in Portland, OR, demonstrating for equal justice.

And who was tear-gassed?  The mothers.  By Trump’s federal police thugs. 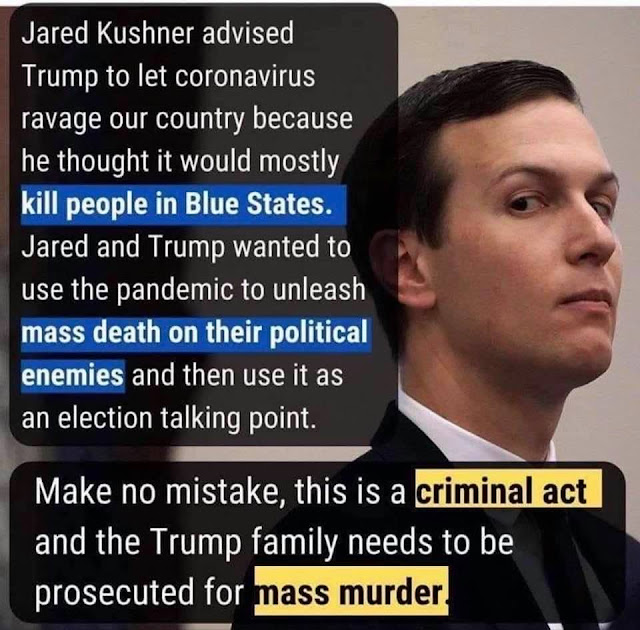 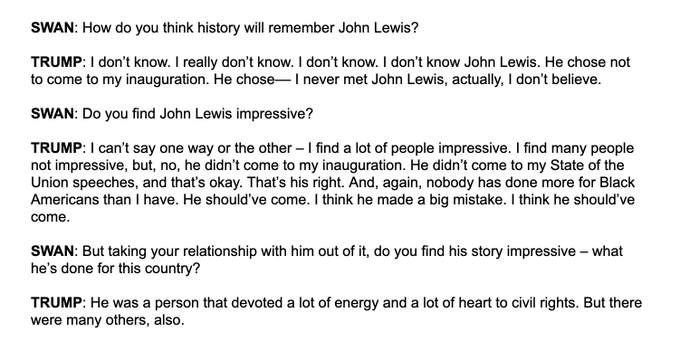 On the return of Axios on HBO, Axios National Political Correspondent, Jonathan Swan, speaks with President Donald Trump about multiple topics including the coronavirus crisis, the Black Lives Matter movement, the November election, and U.S. Foreign Policy in Afghanistan, China, and Russia. Axios On HBO airs Mondays at 11pm.

“OPEN THE SCHOOLS!!!” Trump demanded, in all capital letters with three exclamation marks.

The Internet responds with hilarity — “Shut up and eat your Big Mac!”

New court filings in New York seem to indicate that President Donald Trump may be under investigation for fraud.

According to the New York Times, the documents sought by Manhattan District Attorney Cyrus Vance indicate a “significantly broader inquiry than the prosecutors have acknowledged in the past.”

The filings argue that Trump should be forced to comply with subpoenas demanding eight years of his personal and corporate tax returns due to “undisputed” reports about the president’s business practices.

“The reports, including investigations into the president’s wealth and an article on the congressional testimony of his former lawyer and fixer, Michael D. Cohen, said that the president may have illegally inflated his net worth and the value of his properties to lenders and insurer,” said the Times. Lawyers for Mr. Trump have said he did nothing wrong.”

It was only a week ago that the Supreme Court announced that Vance could subpoena the president and that the president must comply with those subpoenas as he isn’t exempt from criminal prosecution despite being president.

Among other things, Vance has been looking into whether the hush-money payments to former Trump lovers were illegal.

Even if Vance gets the documents they’ll be covered under grand jury rules for secrecy, so they won’t be available to the public until well after the election.

On Monday, The New York Times reported that President Donald Trump privately flew into a rage and threw insults at Democrats as his aides are struggling to negotiate a deal to extend coronavirus stimulus benefits, the unemployment portion of which expired at the end of last week.

“Mr. Trump called Speaker Nancy Pelosi ‘Crazy Nancy,’ charging that she had no interest in helping the unemployed,” reported Maggie Haberman, Emily Cochrane, and Jim Tankersley. “He said Senator Chuck Schumer of New York, the Democratic leader, only wanted to help ‘radical left’ governors in states run by Democrats. And he threatened to short-circuit a delicate series of negotiations to produce a compromise and instead unilaterally impose a federal moratorium on tenant evictions.”

“The comments came just as Mr. Trump’s own advisers were on Capitol Hill meeting with Ms. Pelosi and Mr. Schumer in search of an elusive deal, and they underscored just how absent the president had been from the negotiations,” continued the report. “They also highlighted how, three months before he is to face voters, the main role that Mr. Trump appears to have embraced in assembling an economic recovery package is that of sniping from the sidelines in ways that undercut a potential compromise.”

Negotiations for another round of stimulus have proven difficult. Republicans have proposed significant cuts to the $600 a week unemployment extensions, and Senate Majority Leader Mitch McConnell (R-KY) is flatly refusing to pass a bill that doesn’t immunize corporations from lawsuits if their employees get sick. 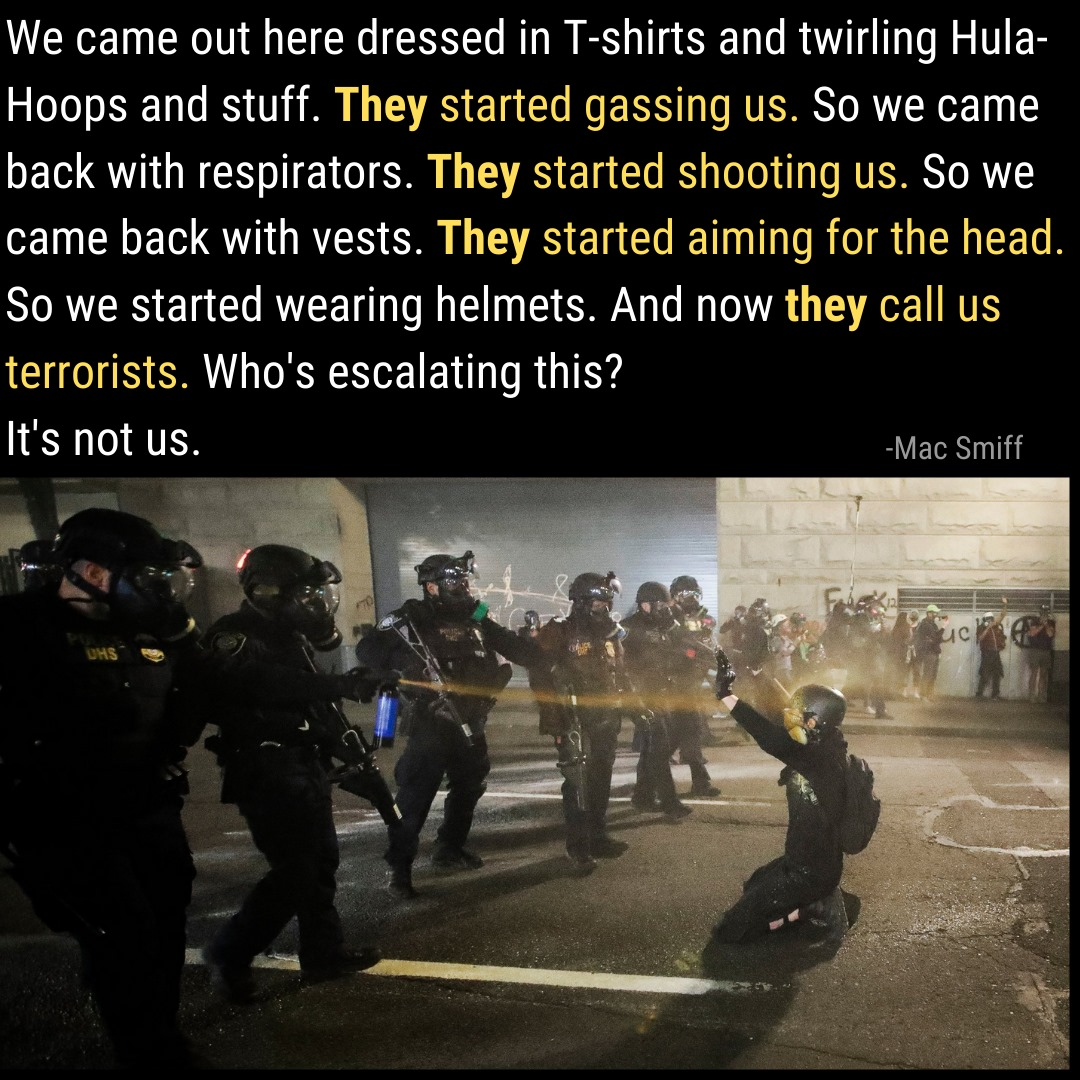 A new federal court filing from the Manhattan district attorney’s office suggests Donald Trump and his family business are the subjects of a wide-ranging banking and insurance fraud investigation, according to The New York Times.

Prosecutors working for Manhattan DA Cyrus Vance argued in the filing that the subpoena they issued should compel Trump to provide eight years of his personal and corporate tax returns. Trump’s lawyers have urged a federal judge to invalidate the subpoena, but the DA’s office wants the challenge dismissed.

While the filing didn’t elaborate on the investigation, the prosecutors cited “undisputed” reporting from last year pertaining to Trump and his business practices. Some of that reporting focused on the congressional testimony of Trump’s former lawyer/fixer, Michael Cohen, who said that Trump often used illegal accounting schemes to either inflate or deflate his real estate assets for banking and insurance purposes. Vance’s office originally subpoenaed the tax returns from Trump’s accounting firm Mazars USA in 2019, but the probe was believed to be more narrowly focused on the hush money payments Trump made in the run-up to the 2016 election to silence two women with whom he had affairs.

Vance’s new filing comes on the heels of a decisive 7-2 Supreme Court ruling last month rejecting Trump’s assertion that he shouldn’t have to comply with the subpoena seeking his financial records. That ruling sent the case back to the lower courts, where Trump would be allowed to challenge specific parts of Vance’s probe.

“In our judicial system, ‘the public has a right to every man’s evidence,’ ” Chief Justice John Roberts wrote in the first sentence of the high court’s majority opinion in Trump v. Vance. “Since the earliest days of the Republic, ‘every man’ has included the President of the United States.”

Vance’s office has argued in court that Trump’s lawyers are simply trying to delay the subpoena until the statute of limitations invalidates the case.